Jesus said, “if you love me, keep my commandments.” As people who love Him, we naturally ask “what are His commandments?” and we turn to His word to find them.

Almost all commandments are very clear. Love your neighbor. Forgive people who wrong you. Don’t have sex unless you’re married. The commandments are always or nearly always framed as direct statements. Paul and the other writers of the New Testament don’t ask rhetorical questions and then expect us to infer a commandment. They say things directly: “Give thanks in the Lord always,” “flee from idolatry.” The Bible also uses repetition, it tells us the same thing many times, from many angles, so we understand it and retain it. Did you ever wonder why there are four gospels, which tell the same basic story? The Bible repeats things that are important.

Some things aren’t explicitly addressed. For instance, the Bible doesn’t say “don’t look at pornography.” Why doesn’t the Bible address this? Very simply, because it didn’t exist, or at least wasn’t prevalent, at the time the Bible was written. So, are we left without guidance on this? No. The Bible clearly says that lust is a sin, and pornography is viewed for the purpose of satisfying lust, ergo, we should not do it. It is worth noting that one could theoretically view pornography without lust, and in that case, one would not be sinning. For instance, if you were a criminal investigator determining whether someone should be prosecuted for possessing child pornography, you could, as a Christian, document the pornography in the suspect’s possession without sinning.

Ok, so when the Bible says something is wrong, it usually says it directly and many times, and if an issue didn’t exist at the time the Bible was written, we have to apply general principles, but we can’t be as dogmatic about where to draw the line.

So, one would then assume that anything that was practiced widely in the 1st century, that God didn’t want us to do, He would have told us about it. Paul especially was writing to Gentiles. They didn’t follow the Old Testament law and didn’t even know it. They started as pagans. They dressed like pagans, they ate like pagans, they enjoyed pagan entertainment, they worshipped pagan idols, they participated in pagan sexual practices.

So, Paul must completely retrain their norms. And what does he talk about? He talks about a lot of inward sins and fruits of righteousness, he talks a lot about relationships, and he takes on pagan practices that are unbiblical directly. He attacks the worship of idols and pagan sexual practices most often. He issues direct commands as inspired by the Holy Spirit. He says what he means.

Except for one thing.

Jewelry and makeup were both common in the Greek and Roman worlds, as well as all the forms of entertainment listed. But why didn’t he mention prohibitions on any of these things? It’s not absent because the early church was so mature that they didn’t need to be told these things – they had to be told to stop sleeping with prostitutes on multiple occasions. The artisans at Ephesus started a riot because no one was buying their idols anymore. Why didn’t the manufacturers of makeup or jewelry riot because no one was buying their products? 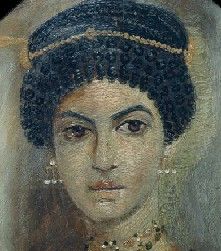 While the arguments posed by those who would curtail our liberty can and should be addressed, almost all the arguments are indirect arguments – trying to stretch Biblical principles to wrap them around everything that Granny did. If we’re talking about television, I acknowledge why only indirect arguments from Scripture are possible. If we’re talking about “wicked” practices that were common in the first century, then why don’t preachers ever cite verses saying “and do not wear a ring, for that is what the pagans do?” If these verses existed, you would have heard them.

The reason that indirect arguments, arguments from Old Testament law, and appeals to tradition are so common in Holiness sermons, is that the Bible doesn’t ban these things. Even the Old Testament doesn’t ban jewelry or makeup, and it has entire chapters full of rules. And it’s not because it couldn’t have. It’s not because God ran out of paper and said “If I had space for a few more words, I would say ‘don’t wear makeup!’”

If all of the things are wrong that the Holiness preacher told you were wrong, why didn’t God directly say not to do them?

God chose not to, because he, in his infinite wisdom, didn’t see a problem with them. Who are we to pencil in what God never said?

Find this interesting? Check out all of our articles here.

Signup for our Newsletter

Hi there, The nature of this site is such that it is designed to get people to think about things that hadn’t already occurred to them. Given that somewhat controversial task, I would like to take a moment to explain my personal story and the heart behind the things I have written. I was raised in a pentecostal, independent Holiness home. My parents did a lot of things right in my upbringing, for which I respect them and have tried to honor them as I can. They raised me to be a thinker, and I have been. There are a lot of things I like about the Holiness movement.